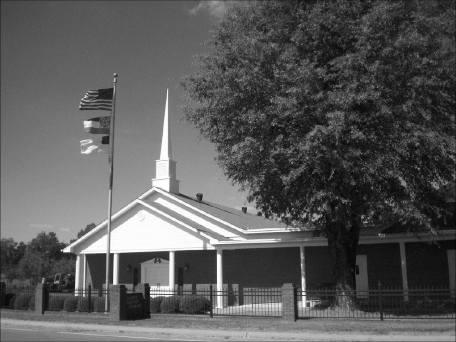 The Baptist in this area held their services in the school at Elliott even before 1910. The dedication of the first church building was in 1916.

In 1942 the government took the property of Elliott Baptist Church to be a part of Camp McCain, and the church was disbanded.

After the dissolving of Camp McCain in 1948, several Christian ladies saw the need for spiritual training and worship in the growing Elliott community. A Sunday school was soon organized, and, on Sunday afternoons, ministers from different areas would come and bring a Gospel message.

On March 21st, 1950 the Elliott community met and organized a church. The Late Bro. J. O. Grantham was called as the first pastor, and faithfully served the Lord at Elliott until he resigned in October 1951. The church then invited students from Mississippi College, among who was Bro. Bob McClendon. He was elected Pastor and served until the spring of 1953.

On the fifth Sunday of August 1953, Elliott Baptist Church called Bro. Norris I. Corley as Pastor. He accepted and preached his first sermon as pastor on the first Sunday of September 1953.

In February 1954, the church voted to accept land given by E. L. Chambley. The first building was erected and consisted of a sanctuary and five Sunday school rooms. The first service was held May 1954.

On May 1st, 1976 the first services were conducted in the new sanctuary with a seating capacity for 306 people. In January 1977 more Sunday school rooms, a fellowship hall, and a kitchen were added.

On October 2nd, 1988, we observed our first homecoming (with many of our friends and former members) to recognize pastor Corley for 35 years of faithful service to the Lord and this church.

Church Office:
662-226-4425
Email:
This email address is being protected from spambots. You need JavaScript enabled to view it.